Awesome to see our mate Jackson today! He seemed pretty excited to meet the one and only Matt Hall!! No aerobatics in his flight today, but who knows- maybe one day!!! 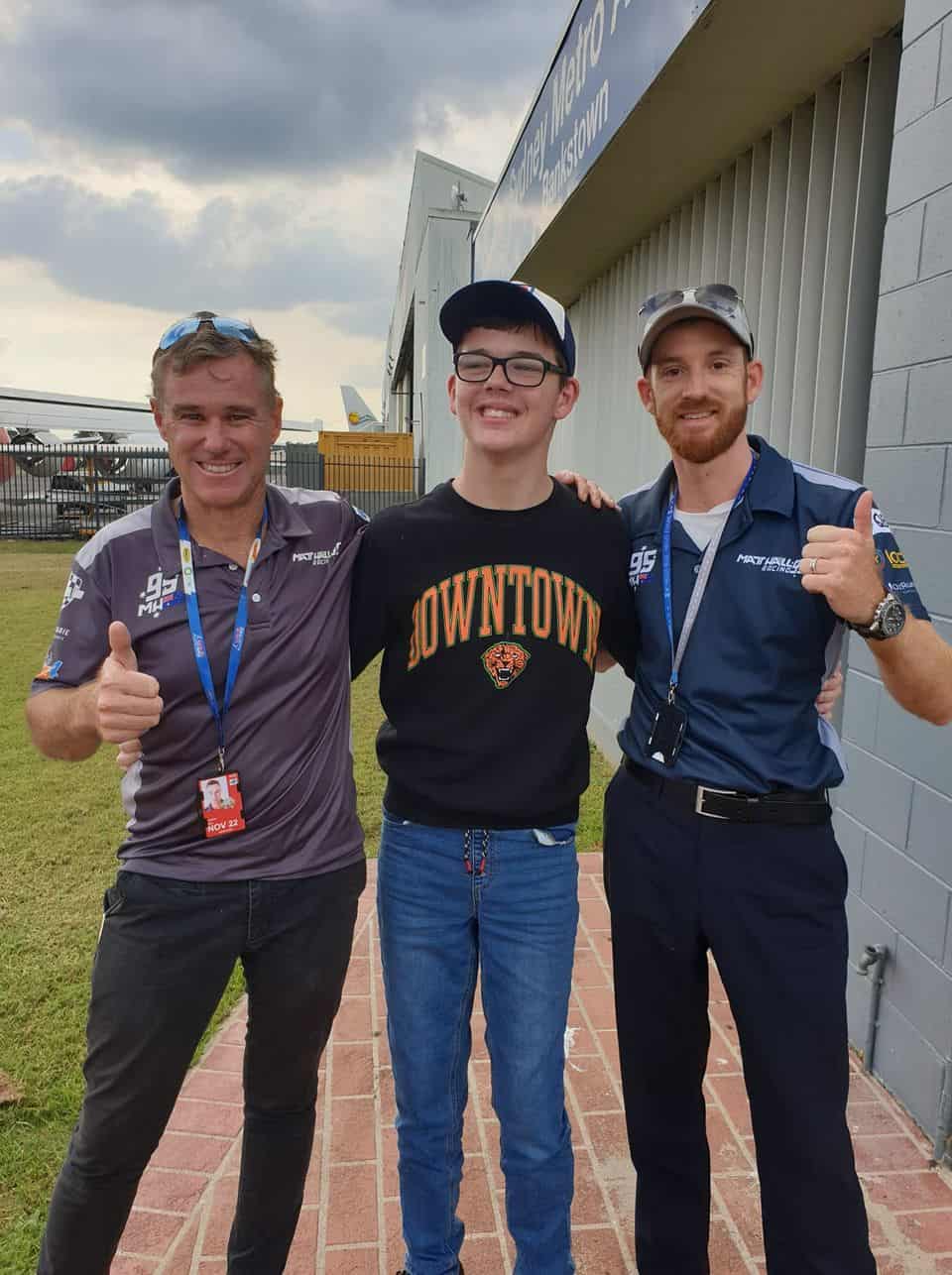 Our Princess Ayla made the trip to Westmead today with Emma and Toby. Narromine isn’t all that far away from the city when Emma comes to the rescue! 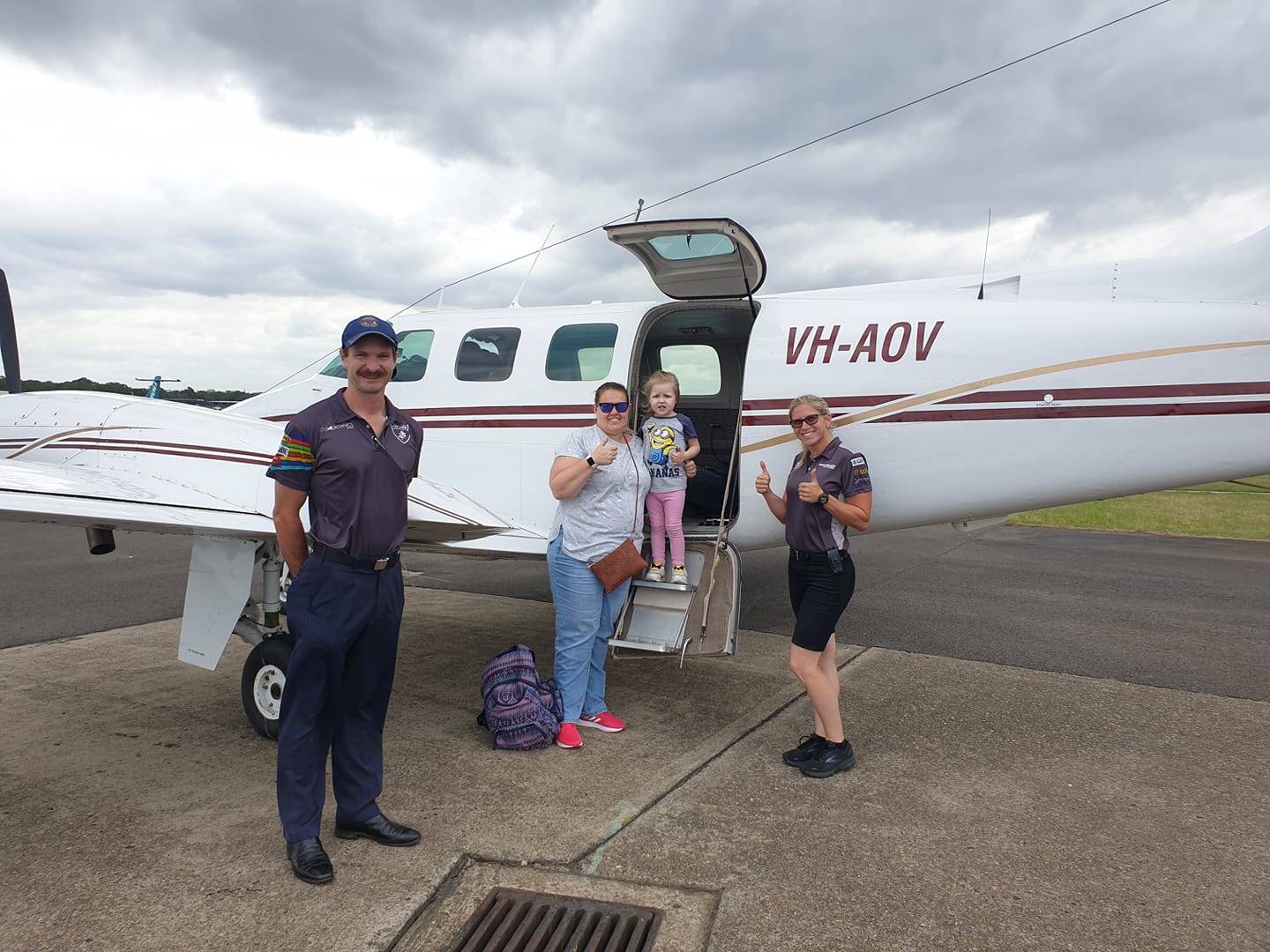 Emma was born with CHARGE Syndrome which, for her, was non life-threatening. She has extreme abnormalities of the inner ear which affect her hearing and balance. Her hearing loss is complicated and we regularly visit the Royal Institute for Deaf and Blind Children (RIDBC) at North Rocks for services and treatment. Her hearing has dropped to profound and she is now undergoing candidacy for a cochlear implant (she currently wears bone anchored hearing aids) which involves a series of appointments before, during and after surgery.

She has low muscle tone which meant she was in a walking frame until 4.5years of age. Her syndrome also affects her vision (although this is not extreme), and she will most likely require hormone treatment in the next few years. Emma also has a developmental delay for which we see a psychiatrist at CHW for. (Emma with Professor Nunn from CHW below)

We have always driven to Sydney, but the frequency has made it hard as Emma is missing more school and becoming frustrated with the time spent travelling. I am also struggling with the demands of long trips. Given the pending cochlear implant procedure, it would be a tremendous help for us to access flights during this time. 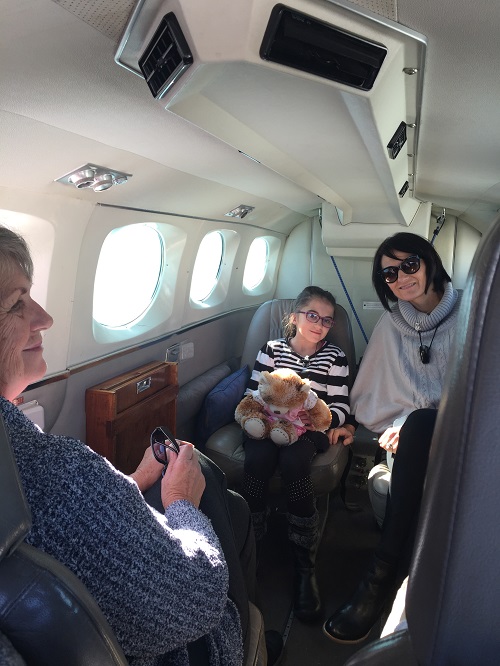 We live in Bangalow in regional NSW with our three daughters Harper 7yrs, Sadie 5yrs and our very special newest addition Charlie who is now 11months old.

Charlie was in a hurry to meet everyone and was born a month early and spent sometime in the special care unit on the Gold Coast. Shortly after her birth we were informed that Charlie had permanent moderate hearing loss that would require aids for the rest of her life, in addition to this she would need to undergo extensive tests to find out why she was moderately deaf. We then spent the next few months travelling back and forth to a Brisbane for testing during which time she was found to have an extremely rare pituitary brain cyst that was causing her to have low thyroid hormone levels and pressing on her optic nerves putting her vision at risk. We were then referred to Professor Brian Owler at Westmead Childrens Hospital in Sydney where she underwent a craniotomy at only 4 months of age. Unfortunately a few months later in a repeat scan this growth was found to have completely regrown and she has not grown due to a growth hormone deficiency and now has developed another rare congenital brain malformation called a Chiari 1 malformation.

On advise from all the specialists involved in Charlie’s care the decision to try and remove this pituitary growth again has been made and she is booked to have another craniotomy at Westmead in a couple of weeks.

Charlie’s care is extremely complicated requiring ongoing reviews from paediatric neurosurgeons, endocrinologists, Opthalmologist’s, ENT surgeons, radiologists and audiologists. Due to the rareness of these congenital problems all of these specialists are in Sydney where her care can be coordinated.

Not just the on going cost of travel and accomodation but the large amounts of time we have had to spend away from our other two daughters in undergoing treatment for Charlie has made living in a regional area extremely difficult.

We were advised to contact Wings4kids through Charlie’s therapist from the Royal Institute of Deaf and Blind Children and although we have only had the privilege of using this service once it has made all the difference.

Simply knowing that there are people willing and able to help us with the logistics of travelling to and from our many hospitals stays and appointments means we can spend more time as a family caring for Charlie during times of extreme stress for us all.

As a regional family the value of such a service can not be measured. 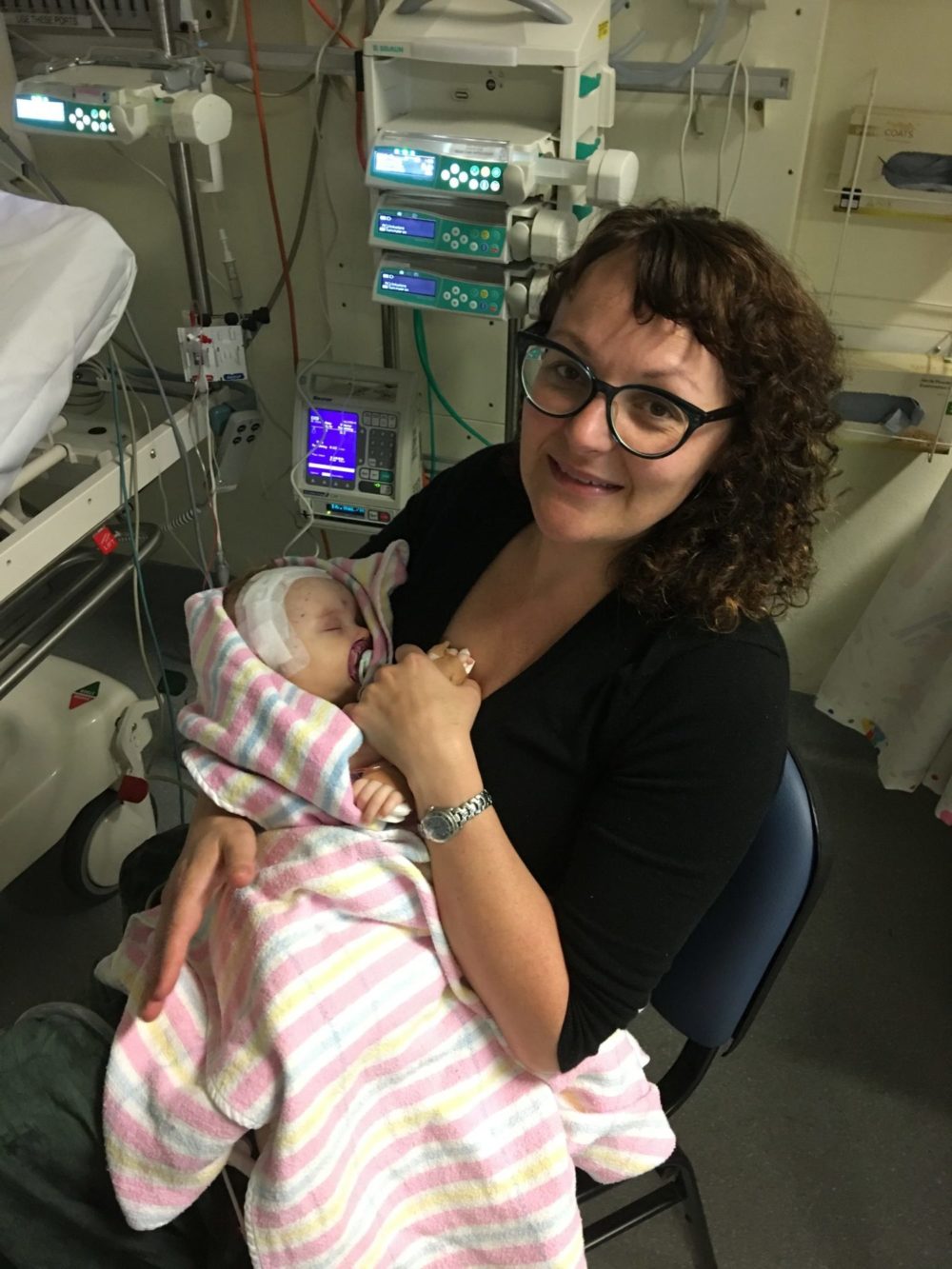 The Wings4Kidz team met Mary back in 2017. Mary and her family travelled from Coffs Harbour to Newcastle John Hunter Hospital, for appointments during Mary’s treatment. We were able transport Mary and her family to and from Coffs Harbour in our aircraft, saving the family hours of travel time, as well as alleviating the stress involved in taking such a long road journey with a young family. 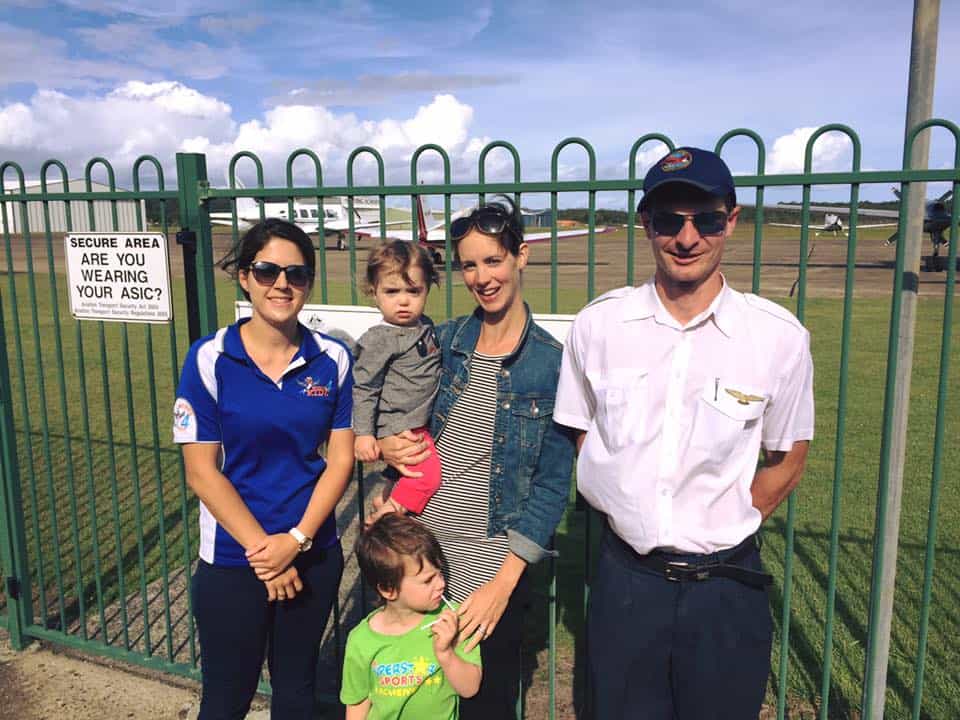